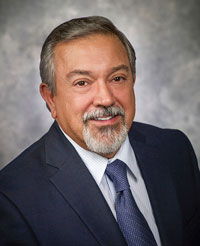 Mario A. Rotea University of Texas at Dallas, USA

Wind technology is a major player in utility-scale renewable energy for the production of electricity around the globe. The power harnessed from the wind is a sustainable, low-pollution and low-water use resource for electricity production. Many countries share the strategic goal of increasing the penetration of wind energy into the electric grids. In the U.S. alone the goal is to increase from 61 gigawatts of wind power, supplying 4.5% of the electricity demand in 2013, to 220 gigawatts of wind power contributing 20% electricity by 2030. Attaining this goal would require a continued decrease of the cost of wind power. Arguably, advanced physics-based modeling and simulation, flow monitoring and advanced controls are key to reducing the cost of wind energy. This talk will provide an overview of the work done at the University of Texas at Dallas in these areas. It will be shown how the convergence of high-fidelity simulations, reduced-order models, field measurements (blending LiDAR technology with SCADA and met tower data), and advanced controls may yield increases in annual energy production and reliability of wind turbines and wind farms, which are important factors in reducing the cost of wind energy.

Mario Rotea is the holder of the Erik Jonsson Chair in Engineering and Computer Science at the University of Texas at Dallas, where he is also the department head of mechanical engineering. He is currently on leave at the National Science Foundation (NSF) as director of the Division of Engineering Education and Centers in the Directorate for Engineering. Rotea spent 17 years at Purdue University as a professor of aeronautics and astronautics, developing and teaching methods for the analysis and design of control systems. His career includes two years as the director of the Control Systems Program at NSF. He also worked for the United Technologies Research Center as senior research engineer on advanced control systems for helicopters, gas turbines, and machine tools. Rotea was also the head of the Mechanical and Industrial Engineering Department at the University of Massachusetts Amherst, where he expanded the department in the area of wind energy and applications of industrial engineering to the health care sector. He is cofounder of WindSTAR, an NSF Industry University Cooperative Research Center aimed at bringing together academia and industry to advance wind energy through industry-relevant research and education. Rotea joined UT Dallas in 2009 to serve as professor and inaugural head of the then newly-created mechanical engineering department. He directed the department’s rapid growth, increasing student enrollment from 10 students to more than 900 in 2015. Rotea is a Fellow of the IEEE for contributions to robust and optimal control of multivariable systems. Rotea graduated with a degree in electronic engineering from the University of Rosario. He received a master’s degree in electrical engineering and his Ph.D. in control science and dynamical systems from the University of Minnesota. He has been a member of the Board of Governors of the IEEE Control Systems Society. 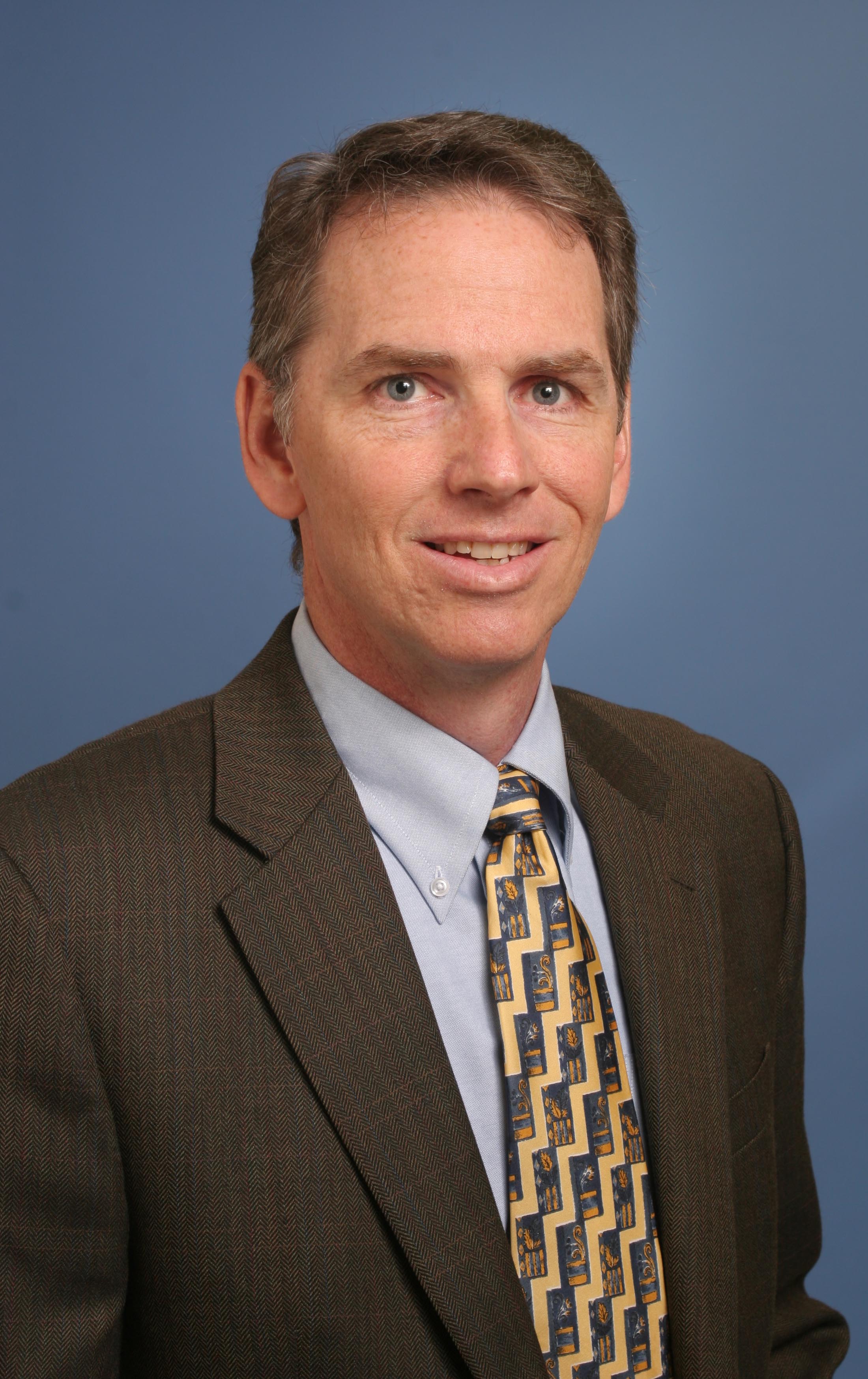 Autonomous vehicle applications offer interesting sensor fusion applications. Both accuracy and reliability are especially important in highway applications, such as connected vehicles, where human safety is a critical factor and the environment is complex. This presentation will discuss connected vehicle applications, requirements for digital roadway maps and state estimation, and challenges to achieving these requirements. The extended Kalman filter is a standard tool for sensor fusion, but has limitations due to linearization at the prior state and the inability to reconsider past decisions concerning the validity of sensor measurements. Today’s computers allow significantly more advanced sensor fusion approaches that solve the full nonlinear Maximum a Posteriori estimation problem over a time-window to produce accurate and reliable real-time, high-bandwidth state estimates. The time-window approach allows the algorithms to correct prior linearization errors and to consider alternative sensor validity assumptions. The presentation will survey the related literature and present selected roadway relative experimental results both from automated mapping and vehicle state estimation.

Jay A. Farrell earned B.S. degrees in physics and electrical engineering from Iowa State University, and M.S. and Ph.D. degrees in electrical engineering from the University of Notre Dame. At Charles Stark Draper Lab (1989-1994), he received the Engineering Vice President's Best Technical Publication Award in 1990, and Recognition Awards for Outstanding Performance and Achievement in 1991 and 1993. He is a Professor and two time Chair of the Department of Electrical and Computer Engineering at the University of California, Riverside. He has served the IEEE Control Systems Society (CSS) as Finance Chair for three IEEE CDC`s (`95, `01, and `03), on the Board of Governors for two terms (`03-`06, `12-`14), as Vice President Finance and Vice President of Technical Activities, as CSS General Vice Chair of IEEE CDC-ECC 2011, as General Chair of IEEE CDC 2012, and as President in 2014. He was named a GNSS Leader to Watch for 2009-2010 by GPS World Magazine in May 2009 and a winner of the Connected Vehicle Technology Challenge by the U.S. Department of Transportation`s (DOT`s) Research and Innovative Technology Administration in July 2011. He is a Fellow of the IEEE, a Fellow of AAAS, a Distinguished Member of IEEE CSS, and author of over 200 technical publications. He is author of the book "Aided Navigation: GPS with High Rate Sensors" (McGraw-Hill 2008). He is also co-author of the books "The Global Positioning System and Inertial Navigation" (McGraw-Hill, 1998) and "Adaptive Approximation Based Control: Unifying Neural, Fuzzy and Traditional Adaptive Approximation Approaches" (John Wiley 2006).

Transition from Practice to Theory 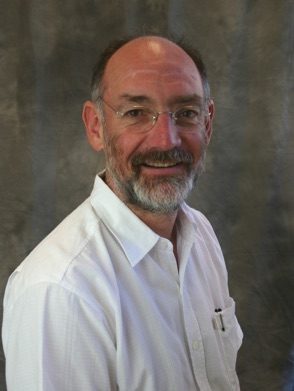 Practical control applications place great demands on Control Theory. Since that theory is continually evolving and migrating to practice and since control engineers are both well-trained and imaginative, often these demands cannot be met with existing approaches. So new theory is required. Some examples of the development of new theories to address the challenges of practice will form the basis of this talk. Particularly in the area of aircraft engine control certification, a sequence of theoretical and practical stumbling blocks led to new techniques in theory. These will be described for multivariable modern jet-engine control systems and range from the role of scaling in robust control design to the experiment design associated with the analysis of frequency response data for controller certification to the requirements of matrix Nevanlinna-Pick boundary interpolation methods on the unit circle. A by-product of these analytical forays is to highlight the role of acceptable assumptions required for the applicability of these methods in practice. The analysis of the FAA certification process highlights this nexus between theory, practice, and assumptions. But the overarching aim is to demonstrate that it is a two-way street between theory and practice.

Bob Bitmead occupies the Cymer Corporation Endowed Chair in Mechanical & Aerospace Engineering at the University of California, San Diego. He holds degrees in Applied Mathematics and Electrical Engineering from Sydney University and Newcastle University, both in Australia. He is a control theorist with a long experience in control applications in many industrial sectors: sugar, steel, mining, telecommunications, aerospace, transportation, energy, and photolithography. His theoretical work is strongly informed and guided by these applications. He was the recipient of the 2014 ASME Rufus Oldenburger Medal, a lifetime achievement award in control, and of the 2015 IEEE Controls Systems Transition to Practice Award. Bob is Vice-President for Financial Activities of the IEEE Control Systems Society. He is Editor-in-Chief designate of the IFAC Journal of Systems & Control. Bob brews his own beer and is an accredited and active Australian Rules Football umpire.

Optimization in Systems and Control Theory

Approaches based on mathematical optimization (and in particular, convex optimization) have been singularly successful in the analysis and design of control systems. Nevertheless, the possible non-convexity of many design problems presents important challenges to their direct applicability. In this talk we survey several recent developments on convex relaxation techniques for nonconvex problems, including sum of squares decompositions and nuclear norm regularization methods. The underlying themes will be the interaction of convexity and algebraic-geometric aspects, and will be illustrated through a number of applications in control theory, statistics, and machine learning.

Pablo A. Parrilo received an Electronics Engineering undergraduate degree from the University of Buenos Aires, and a PhD in Control and Dynamical Systems from the California Institute of Technology. He is currently a Professor of Electrical Engineering and Computer Science at the Massachusetts Institute of Technology and Associate Director of the Laboratory for Information and Decision Systems (LIDS), and affiliated with the Operations Research Center (ORC). Past appointments include Assistant Professor at the Automatic Control Laboratory of the Swiss Federal Institute of Technology (ETH Zurich), Visiting Associate Professor at the California Institute of Technology, as well as short-term research visits at the University of California at Santa Barbara (Physics), Lund Institute of Technology (Automatic Control), and University of California at Berkeley (Mathematics). His research interests include optimization methods for engineering applications, control and identification of uncertain complex systems, robustness analysis and synthesis, and the development and application of computational tools based on convex optimization and algorithmic algebra to practically relevant engineering problems. Prof. Parrilo has received several distinctions, including a Finmeccanica Career Development Chair, the Donald P. Eckman Award of the American Automatic Control Council, the SIAM Activity Group on Control and Systems Theory (SIAG/CST) Prize, the IEEE Antonio Ruberti Young Researcher Prize, and the Farkas Prize of the INFORMS Optimization Society. He is an IEEE Fellow.